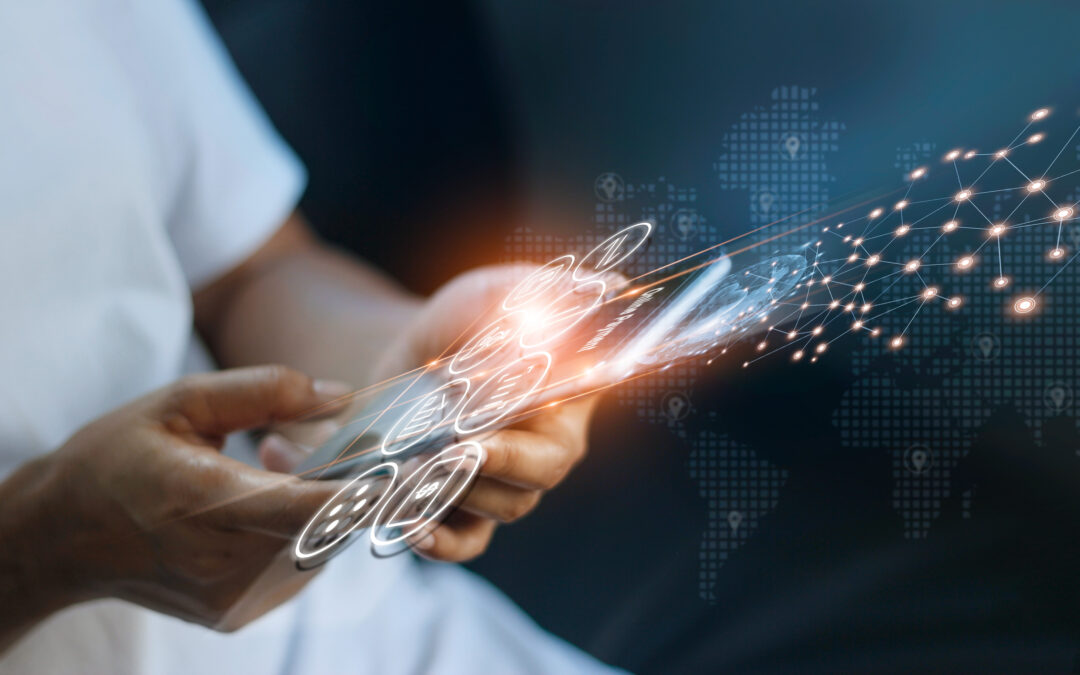 Mobile devices are driving social change and the digital transformation of business.

For example, research from Business Insider projects more than 64 billion ‘Internet of Things’ (IoT) devices by 2025 – that’s up from about 10 billion in 2018, and 9 billion in 2017. According to Gartner, 89% of employees access business applications through personal mobile devices.

What device do you have with you all the time? Your phone. But you probably also have a tablet and laptop that you use for both work & leisure. Most people have three mobile devices and Wi-Fi is a critical component of how we connect to the Internet, whether that’s at the office, in your car, at the airport or at your kitchen table.

Mobility is changing how we work and where we work. The base of that transformation has been the IEEE 802.11 wireless (or Wi-Fi) standards; from the original standard, which left many of us looking at a spinning-wheel and waiting for a connection – to the latest standards that will give us all high-speed simultaneous wireless access. It’s these evolving 802.11 standards that allow us to be confident that we know what to expect from a piece of Wireless technology, and what equipment we are going to need to get the best from it … End-users now demand that they can be connected anytime, anywhere, and on any device – easily and without waiting. The question is, can your wireless network provide that?

Before we go any further – this may sound heretical, but the most important recommendation that I can give is not to use Wi-Fi at all for your ‘fixed’ devices. Any non-portable equipment or appliances needing Internet access should be connected back to your router or network switch using Cat.5 or Cat.6 Ethernet cable. The lack of wires and ease of implementing Wi-Fi may have benefits, but the price you’ll pay is performance! Wired connections will always give you the best reliability and performance.

Can your network keep up?

Up until recently, the data transfer rate of Wi-Fi wasn’t really an issue, because whatever standard you were using, it was more than likely that it was transferring data (measured in Mega-bits per second – Mbps) faster than your Internet connection was capable of providing it. However, it’s now becoming easier and cheaper to connect to high-speed broadband services running in excess of 1,000 Mbps which can provide data faster than some Local Area Networks are able to process and forward it!

This paper provides a brief overview of the most common IEEE 802.11 standards and describes how they have evolved over the years. The Wi-Fi Alliance has recently added simplified names to the standards to make them easier to remember and understand, similar to the 3G/4G/5G designations used for cellular networks. Those designations are listed below:

Wi-Fi 4 (802.11n); was approved in 2009, Wi-Fi 4 enabled operation in both the 2.4 and 5 GHz bands – a game-changer at the time. It was the first standard to use MIMO* (Multiple In, Multiple Out) and offered better speed, 300 Mbps, better range, more resistance to interference and backward compatibility with Wi-Fi 2 and 3.

*MIMO is a multi-antenna and ‘diversity’ technology. The principle of diversity is to enable the receiver to use multiple versions of the same signal. If these multiple signals are affected in different ways by the signal paths, the probability that they will all be affected at the same time is considerably reduced. Diversity helps to stabilise a link and improves performance, reducing the data transfer error rate. Wi-Fi 4 introduced Single User MIMO (SU-MIMO), while the latest Wi-Fi 6 (below) introduces a faster and more powerful Multi User MIMO (MU-MIMO).

Wi-Fi 6 (802.11ax); is being released at the time of this writing (late 2020, early 2021). 802.11ax is a game-changer in terms of Wi-Fi. Wi-Fi 6 is expected to be anywhere from four to ten times faster than Wi-Fi 5, with a maximum data rate of 1.3 Gbps. 802.11ax Operates in both the 2.4 GHz and 5 GHz bands and is backwards compatible with Wi-Fi 4 and 5. To achieve the significant speed and capacity increase, Wi-Fi 6 will layer MU-MIMO (multi-user, multiple-input, multiple-output) with OFDMA (orthogonal frequency-division multiple access technology). This enables a large number of devices to use the same access point at the same time rather than sequentially greatly increasing speed, capacity, and throughput while reducing latency. Wi-Fi 6 is designed for high-density digital edge environments and will be able to accommodate large numbers of users and IoT devices.

It may sound obvious, but, remember that you need compatibility at both ends of the Wi-Fi link. You may have a super-fast Wi-Fi 6 router or Access Point[s] on your network, but if your Wi-Fi adapter in your laptop or phone is an 802.11n device, then you are not going to get the full advantages of 802.11ax Wi-Fi 6. To put this another way … A Wi-Fi network connection operates at the highest possible speed that both devices – often referred to as endpoints – support. An 802.11g laptop connected to an 802.11n router, for example, networks at the lower speed of the 802.11g laptop. The Wireless Access Point must be backwards compatible with the Wi-Fi interface in the mobile device (e.g. in this case, the Wi-Fi 4 Access point is backwards compatible with the Wi-Fi 3 laptop), but both devices must support the same standard to operate at the higher 802.11n speed.

What about the Neighbours? 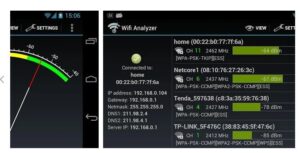 Almost every home and business is running Wi-Fi and therefore (especially with older 802.11 protocols), you can find that your Wireless network is ‘competing‘ with [many] other local Wi-Fi broadcasts on the same channel. It’s often useful to use an app’ on your phone or tablet to scan and detect local Wi-Fi sources and then to set the Wi-Fi channel on your own router, to a clearer & cleaner part of the frequency spectrum.

If you’re thinking about your mobile-first or Wi-Fi strategy, talk to us. Foxhall Solutions can focus its experience in providing network solutions to show you where and when it’s best to use the interesting tool-box that 802.11 Wi-Fi can provide.