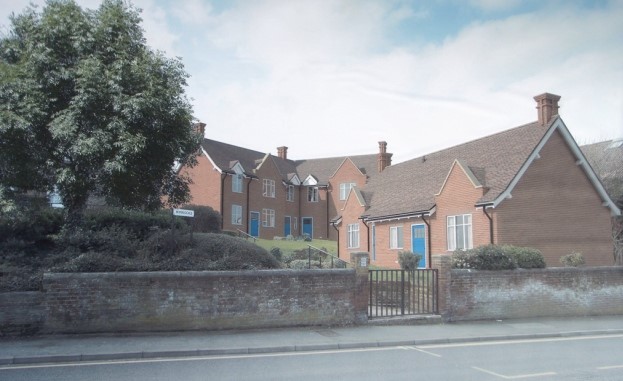 In 2017, Foxhall Solutions proposed the use of Information Communications Technology (ICT) to ease social isolation for elderly and vulnerable tenants of the ‘Winnocks and Kendall’s Alms House Charity’ – who administer 45 properties in Military Road, Colchester.

The Trust faced several issues that were making it difficult to provide the support residents needed on a 24 x 7 basis. Especially for the elderly and infirm. At the same time, plans were being finalised and permits obtained to demolish five bungalows at Winnocks and replace them with nine modern well-equipped flats. Discussions with the Trust and others involved with Social Housing schemes in East Anglia led to proposals to use technology to provide a foundation and set of tools that would allow Tendering Careline to provide their latest digital technology to support the residents, and for the residents to be connected to their families, carers, health & social services – and to each other in their community.

Foxhall Solutions proposed the use of enterprise-grade IT and telecom’s equipment, to remove the need for separate lines and Internet services into each flat. A central ICT ‘hub’ would allow us to: 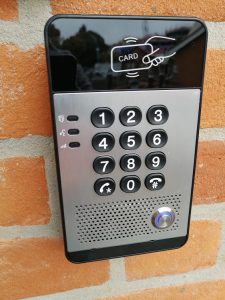 The centralised nature of this system means that we can support all these facilities through a single high-speed broadband service into the site. Residents in each flat have a phone and access to 80 Mbit/s Internet service for less than the monthly rental of a single BT line!  Phones use the Internet to carry calls, and therefore the single line connection into the site does not limit the number of calls that can take place. The system and services are designed to provide a ‘foundation’ to put current Internet and application solutions onto, as well as being future-proofed to take the development of mobile app’s and the ‘Internet of Things’ in its stride.

Since starting this project, the national press have given many examples of how elderly people living alone have been unable to get help in times of need. On the other hand, we have also seen phenomenal growth of new app’s for mobile phones and tablets that can help people get the basic social, shopping and medical support they require to live comfortably. There has also been a take-up of ‘smart’ devices like the Amazon Echo which allow a home-bound resident to just ‘speak’ – to keep in touch with their family and friends and to access information from the Internet. There is technology available to help those in need, it just needs to be made accessible and affordable.

In addition to Foxhall Solutions, the Winnocks & Kendals Alms House Charity are working with the Colchester Borough Council to provide IT training for the residents. They are also working with Tendring District Council’s Careline team to provide ‘health-care’ monitoring services running on the ICT structure.

The nine new flats were completed in November 2019 with the ICT system ready to support the first residents moving in the following month. Simple user-guides were issued to each flat telling residents how to access their personal Wi-Fi service, and use their telephone. Error logs have been able to allow us to proactively inform residents who are having issues using the system. Careline services have been installed on the digital ICT structure using the Internet rather than phone lines – And – an upgrade is in progress, to provide an electric latch on a door that is a common entrance to a lobby serving three flats.

Contact Us at Foxhall Solutions if you’d like to discuss this project and how it may be applied to a Housing Project that you are involved with.